Home>Clinical Nutrition>Treating obesity in the older adult: Identify, Listen, and Ask
Previous Next 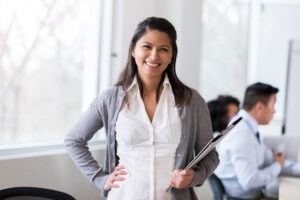 Obesity is a growing issue across all ages. Health professionals are making huge strides in understanding how to work with obese children considering their vulnerabilities, but often, we’re underestimating the vulnerabilities of our elderly population when it comes to treating obesity. In many skilled nursing, rehabilitation, and long-term care facilities, dietitians are still regularly using restrictive diets. They carry a mindset that all residents with obesity need weight loss interventions.

We now understand how prescribing restrictive diets for anyone can have negative emotional outcomes. For older adults, even if restrictive diets do result in weight loss, it’s almost always temporary. When the weight is regained, it comes back as fat mass, not lean body mass. This negatively impacts physical health as well.

So, what is the RD’s role in addressing obesity for older adults?

Frannie: The dietitian noticed that Frannie had been gaining weight since her admission three months ago. In the past month alone, she had gained 15 pounds. The dietitian ruled out fluid retention issues and then went to discuss this with her. It turns out Frannie had not been paying attention to her weight checks. She was surprised to hear about the weight difference. She admits she’s been eating things she used to avoid such as candy bars, but didn’t think she was eating that much overall.

Frannie and her dietitian also discussed one of her medications that often contributes to weight gain, and how much her physical activity has decreased since her admission. She responded “when I watch My 600 lb Life I always yell at those people: why didn’t you do something 300 lbs ago?! I don’t want to be one of those people.” Frannie was willing to discuss small changes she could make and the ideas were her own.

Carol: Carol’s weight gain also occurred during her stay in a facility where the dietitian could track how fast it was happening. When she went to visit her, she barely got a word out before Carol announced “I’m not going on a diet! I like to eat, I like the way it makes me feel, and not many things make me feel good anymore!” While Carol’s weight gain does in fact put her at higher risk for physical decline, the dietitian realized that a dietary intervention was only going to cause emotional harm. Instead, she relayed the issue to Carol’s physician so she could look into how Carol’s medications were impacting her mood, and whether she needed pain management.

Often, people use food for comfort when they are in pain or ill. Sometimes pain management can be improved, but even if those things can’t be controlled, it’s beneficial for the resident to discuss this behavior with their dietitian to better understand it.